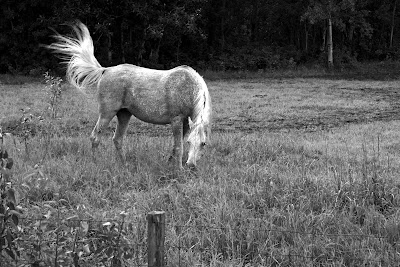 So we left off at my sudden and burning desire to photograph the rural and the derelict. I wrote a letter to a friend of mine who, over the last eight years, I have only communicated with via letter. Yep, snail mail, the lost art of writing. My friend, whom I call Joe (the result of another story, which I shall tell another time) is a brilliant young, edgy, award-winning playwright who happens to be Australian and alas, in Australia. We've been exchanging letters since university. In any event, I think I will share the letter I sent to him with you, as it indeed paints our photographic tale of adventure in all the right colours. 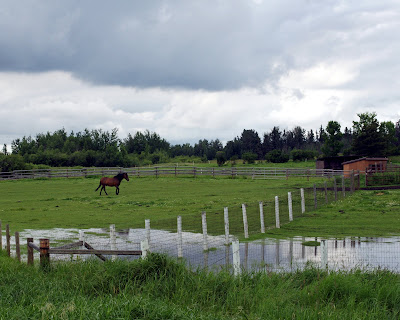 I am considering, Joe, writing a treatise on the repelling of mosquitoes, which have effectively stolen what brief summer we have here, that and the incessant road work. Even the immigrants here know the half-joke that ~shire has the following seasons: winter, more winter, still winter, and construction. And this is how we teach them the meaning of the word sardonic. 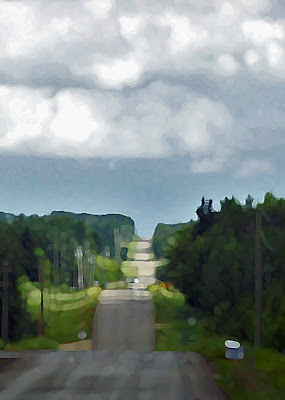 Conspiracy theorist junkie husband believes that the government… yes, the mighty municipal government… is responsible for the mosquito invasion to distract from the fact that all of ~shire’s major roads have simultaneously been unearthed and are likely to stay that way for yet another summer, thus forcing traffic to constant apocalypse-esque city-evacuation levels of traffic jams. I suppose if hubby and I invested in a kayak, we could use the Saskatchewan River as a sort of shortcut through the city, except I’m afraid that if I got tired, I would be whisked away to Winnipeg, which might be a fate worse than death. 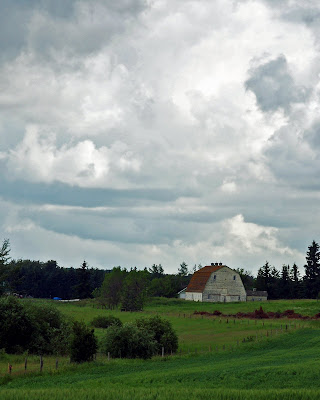 Winnipeg, you see, used to hold the proud title of Canada’s mosquito capital. They have to regularly spray the city to make it habitable. (I am not sure what effect the spraying of mosquitoes has on the human population, but there must be some sort of chemical reaction in the brains, or else why would people voluntarily stay in Winnipeg during mozzie season?) In the Old Country, they have tales of babies being spirited away by fairies. In Australia, isn’t it the dingoes? Well, here in Canada, it’s mozzies that make off with the infants. I feel like Prime Minister Harper has missed out on a great natural resource, and he is so fond of stripping taking advantage of natural resources. You see, I feel as if Canada has access to a rather brilliant bio weapon. Perhaps that is why we are a peaceable country. No one has the stomach to piss us off for fear of a mosquito bombing. 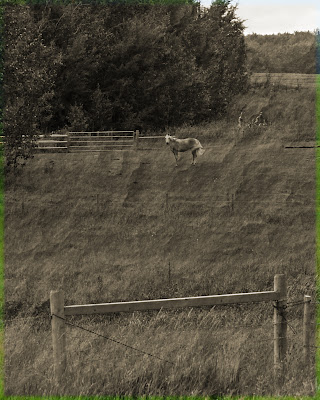 I would like to remind you of the tense I used in order to speak of Winnipeg’s mosquito status, its claim to fame: used to, as in, no longer. According to the reports (which remarkably sound like bragging), ~shire presently has six times the number of mosquitoes Winnipeg does. (They have determined this by counting the females. HOW does one DO this, count the females???) I understand that we are a competitive province, one that delights in competition against Winnipeg, but really, ~shire need not be number one in this thing. Being number one in catastrophic environmental destruction and number one in homicides is quite enough. But we are. Six times higher. And they say that this is “average” based on our historical record of mosquitoes, the years before the drought. (There is a historical record of mosquitoes?) Yes, the drought kept the mosquitoes away, but now that the rains have come back, so have the mozzies. In droves. In swarms. In clouds of black, oscillating orgies. They fling themselves at the car as you tear away from the park, bouncing off the windows and the hood, tires screeching, not unlike hapless zombies at the end of the chase scene.  Our walls were covered to them (mosquitoes, not zombies) to such a degree that dear husband lit the mosquito coils inside to smoke them out. I think he was willing to do a dozen loads of laundry to get the campfire smell out of every fabric thing indoors than be eaten alive in our sleep. 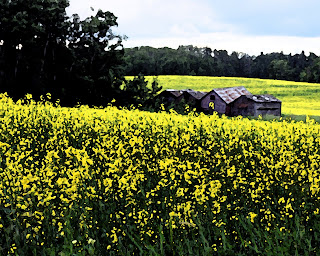 In Newfoundland, at the wildlife museum, there is a rather substantial jar filled with red liquid (which I have told myself to this day is red-dyed maple syrup). The placard tells us that this is how much blood the mosquitoes can and will drain from a moose, ultimately killing it. People are wearing their mosquito bites like battle scars, and really, that’s what they are. People seem determined to tough it out, to go out of doors bundled like ninjas in winter, and run through the parks, arms flailing like madmen, chased by an almost cartoonish cloud of black mosquitoes. 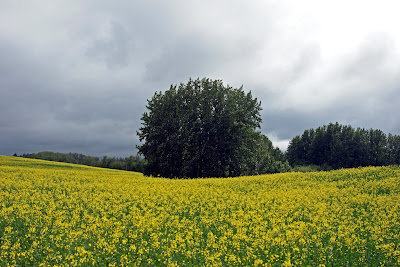 I myself made the mistake of going out of doors one afternoon sans chemical protection. Husband and I stumbled upon a canola field that played host to a row of derelict barns. I had to shoot it. I hopped the barbed wire fence and traipsed up the long unused dirt path through the trees, camera in hand, floral rain boots on, grass to my knees, butterflies flitting in the weeds and wildflowers, sunlight pouring through the birch and poplar. I felt like I should have been in some rustic Whitman poem and was feeling rather good about myself, trekking through nature to shoot the landscape. I felt very artistic, very idyllic indeed. Until I was swarmed and felt rather less idyllic as I ran, screaming like a banshee, back to the car. I should not have screamed, because I’m certain I swallowed enough mosquitoes in that instant to end the (slight) anemia I’ve suffered since Oliver’s birth—or, perhaps add to it. Is it a myth that the mozzies can bleed you from the inside out? Or does that go in the swallowing of watermelon seeds category of old wives’ tales?

Well, regardless of the insect protein I ingested, in that moment, I sustained fifty bites from shoulder to elbow on my left arm alone. To add insult to injury, as I was later examining my swollen face in the bathroom mirror, I could not tear my eyes away from the grotesque sight (they say the same thing of horrific car accidents), and smashed my face into the door, squirting a stream of blood from my left nostril all over our Ikea bath carpet and orange Ikea bath towel. Husband o' mine swears I did it in purpose. I’ve wanted to replace that bathmat for months, and I’ve left it there, bloodstain and all, to prove to him that I did not intentionally inflict a nosebleed on myself. He forgets that, graceful as I am, I once gave myself a black eye on the folding closet door, which, by the by, does not make for a sturdy prop when one is trying to wiggle one’s legs into skinny jeans while pregnant. Words to the wise, should you ever try to wiggle into skinny jeans while pregnant. 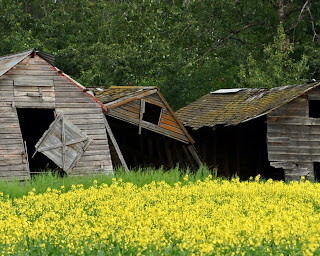 I wrote an e mail to the mayor. He has ignored my invitation to partake of a walk through the park with schnauzer Stanley some evening. Nor has he decided to fix the plane that, once upon a time, before the time of the decade-long drought, sprayed our fair city with mozzie-killing pesticide.
But I have also considered the alternative (the alternative to what? To becoming a shut-in). Would repelling the mosquitoes through natural means make summer in ~shire any more tolerable? Here is, in no particular order, the list of ways one can naturally repel mosquitoes. I shall leave the inevitable conclusion to you.
The List
Posted by AP at 11:25 a.m.