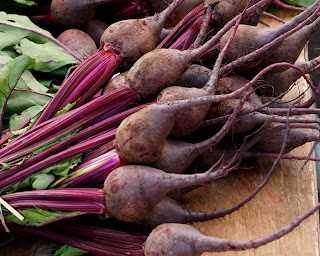 Farmer's markets are fabulous. Anywhere. One of my favourite markets is in Seattle (the Pike Place Market, where they have the first ever Starbucks), but there is always such a crowd I find it difficult to shoot over or through people. I am short and not exactly what you'd call imposing. Lord help me if I don't get front row at a busking event. I always end up with  somebody's bald spot. 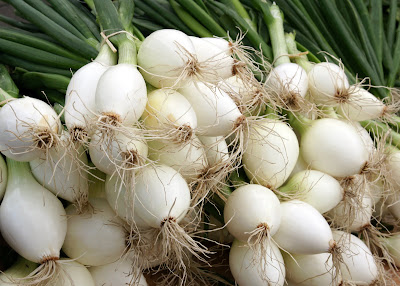 But what a great way to get some really colourful photos, right? (At the farmer's market, not some dude's bald spot.) Clusters of vegetables, beans, pastas, flowers, fruits, candies, fabrics, soaps. Oh, the textures. A friend of mine has the most amazing shot of chilies from the Seattle market. I would really love to hit someplace with spices, like India or Morocco, and get some of that on film. If I used film. However, I don't know how plausible or practical it would be to push our giant plastic North American stroller through a sweaty, spicy, vibrant Middle Eastern market and try to take a decent shot. I may be an old woman before I get to explore the off-the-beaten-paths (and even some of the well-worn roads) of the world. 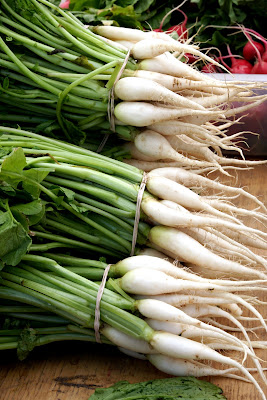 So I went to our downtown farmer's market to grab a few snaps. It's no Morocco, but if you're lucky, there's a really fun candy display or heaps of fruits and vegetables. Unfortunately, due to the weather we've been having, there wasn't what you'd call a wide variety of veg. (Or, for some reason, candy. None to be seen. Perhaps next week we'll see candied mosquitoes? More on this later.) In fact, root vegetables seemed to be the only thing available. Beets. LOTS OF BEETS. And parsnips. Time for a good old-fashioned Newfoundland vegetable boil with that much to choose from. So I shot the beets.

And then it got me wondering if it were true if beets make you pee red. Does anybody know? I had a roommate in university who decided to test this to see if it were in fact fact, but he never told me the results of his experiment. Probably a good thing. A friendship has to have boundaries. I have also heard you can time how long it takes your food to go in one end and come out the other by eating beets. I don't know why one would need to know how long their digestive process takes, but it's good to know that there are simple and natural ways to explore this miracle of nature. 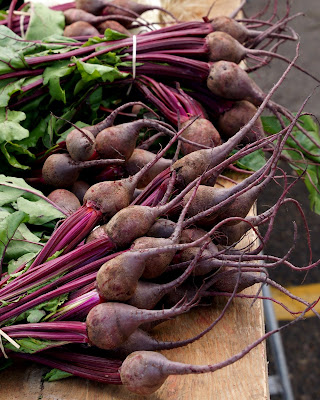 In the end, we bought an artichoke. No, not a beet. Being originally from Newfoundland, it was my first non-canned artichoke, and I wanted to cook it. Supposedly, you have to boil them for a heinous amount of time, which, by the by, is the quintessential Newfie cooking technique... I wondered if I had inadvertently come full circle... In any event, after boiling my artichoke in water, lemon, butter, and pepper for about an hour and a half, it disappeared. A few flakes of artichoke heart, not even a mouthful, appeared on my plate when my husband proudly emerged from the kitchen. Alas, after all that wait, he had prematurely removed the artichoke from the burner, deemed it too tough to eat, and chucked the whole thing, save for scraping out a wee bit of the heart. So I still do not know if canned artichoke is superior or inferior to freshly boiled artichoke. Maybe we should have gone with the beets? Again, gentle readers, you will have to let me know.  Or, if you have better artichoke recipes. That, and the beet thing. 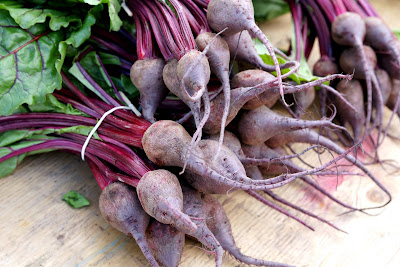 But our market adventure does not end here, for it was the innocent, innocuous beginning to a much less enjoyable journey. Stay tuned.